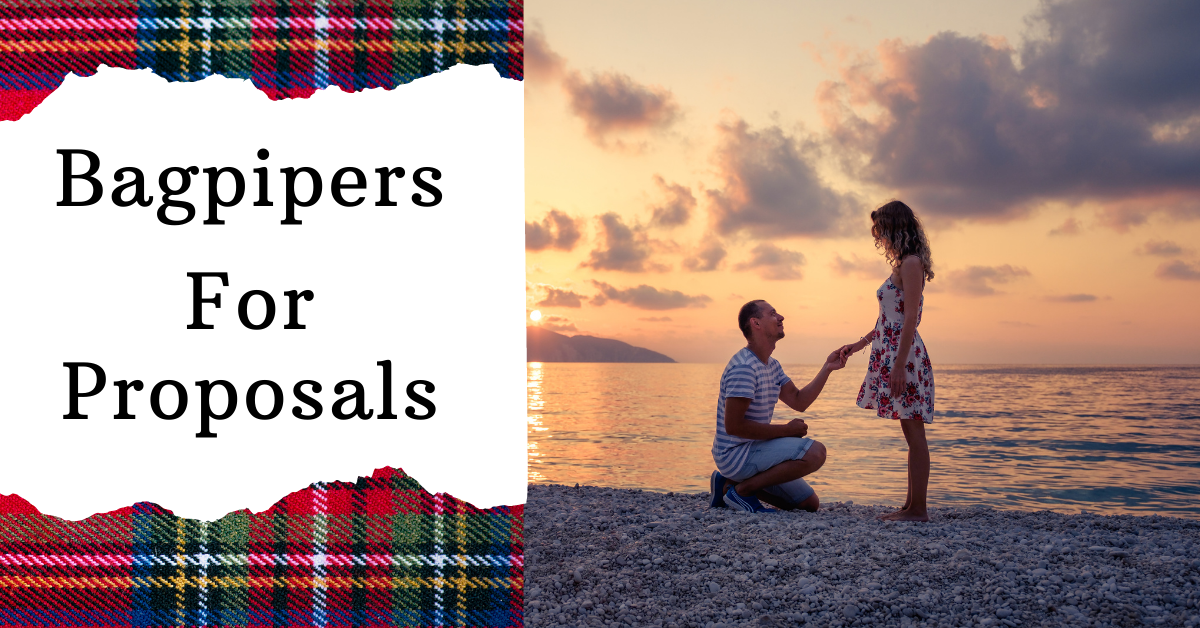 I get some interesting requests from time to time for my bagpiping skills and last week was no different, as I received an early morning call from a young man who wanted me be present and piping while he proposed to his girlfriend.  My first response was “matey she won’t hear your proposal with the pipes, we might need to think a bit about the choreography of the moment” but he already has this planned.

His plan, he then explained to me in detail, would take place during their regular morning run in Richmond Park in South West London.  He described the location and gave me the google maps coordinates and asked me to hide behind a particular Oak Tree which he said I’d spot easily as it was hollowed out and provided the perfect cover to hide my pipes.   He went on to explain that the running path was 50 yards away and told me to be in position on the eventful morning, bright and early at 5.30am.

So that morning I tuned my bagpipes and drove down early, arriving just when the sun was breaking. I found the tree quickly and took up position with 30 minutes to spare.  I hadn’t appreciated how early runners start and forecast reactions of the other runners ahead of the big Park Proposal, so I spent half an hour trying to act casual as I tucked my pipes behind the hollowed out oak tree in full Scottish regalia. Acting casual was not an easy feat.

Anyway, after 30 minutes of loitering I saw my potential couple coming in the distance and as they got closer, my man got down on his knee which he’d told me was my cue to start playing.  I started with Mhairi’s Wedding and then went into The Highland Wedding. I watched in anticipation and was delighted when he looked over and gave me the thumbs up and the bride-to-be gave me a wave as the couple happily ran off down the path towards the river.

It was such a beautiful morning and a stunning sunrise, so I carried on playing for another fifteen minutes for the couple to hear the sound of the pipes as they continued their morning run only packing up when the deer of Richmond Park gave me a look that my work was done.

No doubt the quirky gigs are the most memorable and if any of the other runners from Richmond Park are reading this and saw me that morning hiding behind the hollowed out oak tree, good for you to know its not my morning routine and really was just a one off gig!