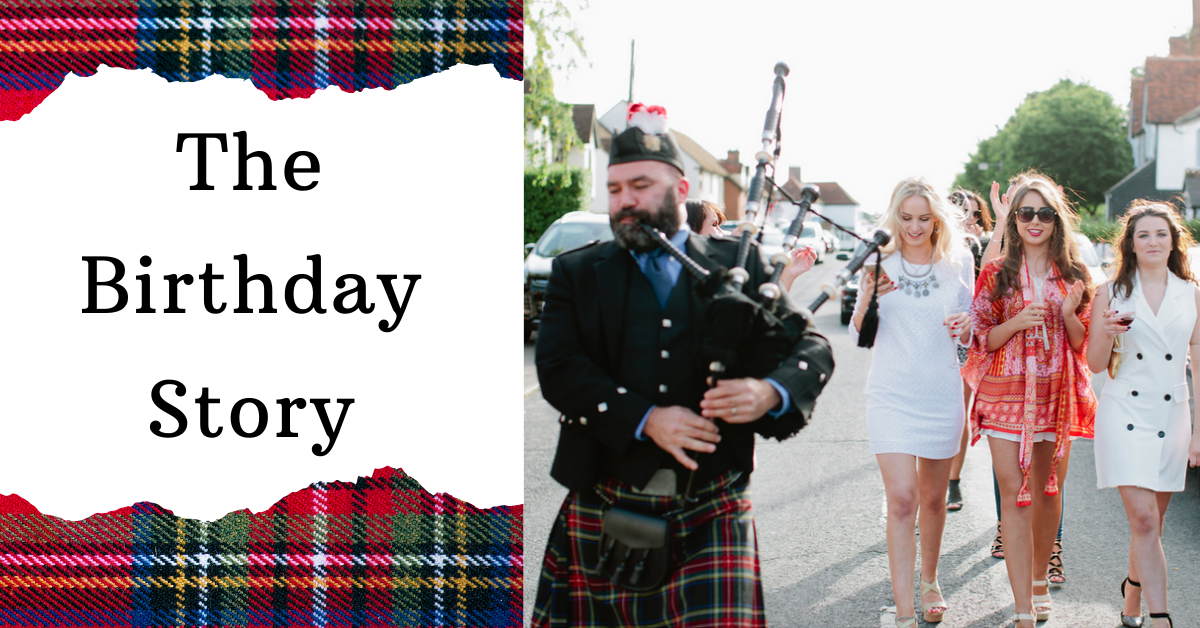 I get a call from a man called Peter who is based in the USA and after a wee bit of small talk and bit of Trump ribbing he tells me that he is coming over to Scotland for his elderly mother’s birthday in early October. She lives in Forres, about an hour from Aberdeen. He wants a bagpiper playing to start his Mother’s birthday with a morning wake up tune or two.

Many of our clients leave the tune selection up to us to fit the brief of their occasion but this client had a specific tune list outside of the classic traditional bagpipe tunes. He said it needed to include  “the power of love by Frankie goes to Hollywood”. hmm.

I raised an eyebrow but I’m not a man to put the scuppers on any tune and will give anything a go on the pipes so I begin to ring around my regular bagpipers in the region as I was playing in unseasonally sunny Ireland.

So I got thumps up on the set list apart from Frankie’s tune.

“no way, canne do on the pipes”

“who is frankie goes to hollywood”

“I want a big burly bearded picture postcard Scotsman just like on the biscuit tin.”

I say no problem and when i get back to my big bearded bagpiper mates none are now available for the early morning gig. I start to panic and I know i cannot get back to Peter in the USA with bad news. I put all the feelers out in Scotland for a piper and low and behold a lovely lady piper called Mhairi get backs to me and says

”I’m available and i can do it”

I knew Mhairi from the pipeband scene and competitions we attended. Mhairi is a picture postcard piper of a different type (not the bearded variety) and a fantastic piper. Shes done the Edinburgh tattoo on a few occasions so I’m saved.

Delighted, I ring up Peter in the USA and I tell him I have a wonderful piper for him and describe Mhairi to him in detail. He shouts “perfect” down the phone and its gig on. Mhairi arrives early outside the house in Forres and gets the prompt from Peter at the kitchen window.  mhairi marches in full royal stewart no.1 kit with feather bonnet up to the house. Peters mother arrives out at the front door and starts to cry and tells Mhairi.

“You are beautiful, like the wee piper doll on a biscuit tin”