We’ve done our fair share of rock ‘n’ roll performances also – including recording with KT Tunstall, playing live at the O2 arena with Paul McCartney and making merry with Mumford and Sons. The Glastonbury festival is our second home (but we don’t like the toilets). We’ve rocked out at the Fuji Festival in Japan but also hit the stage at local venues such as the Shepherd’s Bush Empire, with bands such as the Bible Code Sundays and The Trojans.

We can supply fantastic live bands and DJs for your wedding or event. We have a great jazz ensemble on our books called Benoit Veillefon and his orchestra who played for Madonna’s 50th birthday in Cannes in the south of France. He is a regular at Ronnie Scotts and has appeared in the film Buggsy Malone.  He is very flexible with the number of musicians tailored for each event. Benoit Viellefon is one of the last “old fashion” band leaders keeping the craft alive in Europe today. Benoit formed his orchestra in 2009 and it was an immediate hit on London’s cabaret and speakeasy scene.

Our DJs are all vintage vinyl only and cover everything from 40’s swing to 50’s r&b, 60’s soul, 70’s funk and the best of the 80’s. Our DJs all spent their time in London Soho’s longest running nightclub Gaz’s Rockin Blues.

Quite simply, we are passionate about music, so if you ever need a bagpiper or a band to support you, please get in touch.

We work with partner bands and performers so please contact us to find out more. 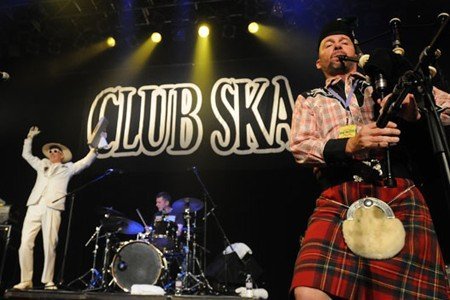